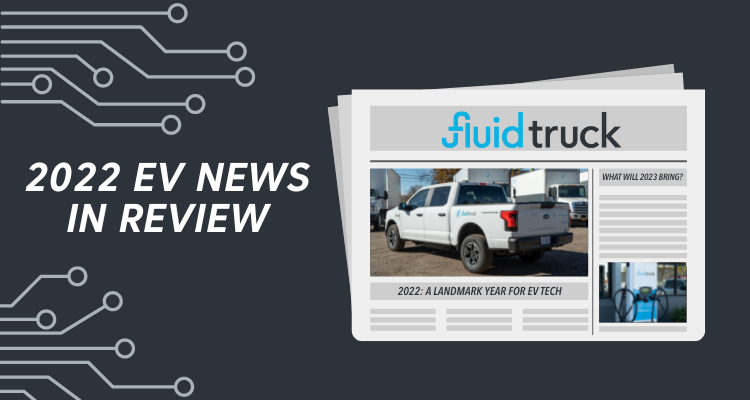 This year, we’ve seen tons of EV innovations happening all over the world. From the integration of more advanced charging systems to the sale of new and exciting types of electric vehicles, 2022 has certainly been a whirlwind of exhilarating changes.

Before we predict what advancements 2023 will bring, let’s take a moment to catch up on some of this year’s biggest EV headlines.

Though the shift from gas-powered vehicles to EVs is still in its early stages, BP announced big plans to expand EV charging infrastructure. The company already has a charging network consisting of around 11,000 charging stations. However, by 2030, it hopes to increase that amount to 70,000 and up to 500,000 by 2050.

Why would a superpower of the oil industry be interested in EV charging stations? According to BP’s profit margins from earlier this year, the company’s network of EV charging stations is set to catch up to, and eventually surpass, gas pumps in value.

This past April, a California school district requested the largest order of electric school buses in history to begin the transition of its diesel-powered fleet to an electric fleet. According to numbers run by Modesto School officials, the school district could save up to $250,000 in fuel costs alone. The 30 buses are quite impressive, requiring only between three and eight hours to reach a full charge. Not to mention, each vehicle can haul up to 84 kids to and from school in a range of up to 120 miles per charge.

The Golden State also launched a proposal to transition toward clean energy. A major part of that transition will require more EVs out on the roads in place of gas-powered vehicles. To accomplish this, the government will need to invest not only in EVs themselves, but also charging stations and electric public transport options.

The program should make it easier for more Californians to make the switch to EVs thanks to rebates offered to people within a certain income range. As of February, the income cap for single filers to receive rebates was $135,000 while the cap for head-of-household filers was $175,000.

Global EV sales were at an all-time high in 2021, and the growth has extended throughout 2022. In the first quarter of this year, two million EVs were sold worldwide. Though this level of growth is extremely encouraging, there are potential obstacles that could interrupt global EV initiatives.

According to the Global Electric Vehicle Outlook 2022, there are currently two threats to the growth of EV sales worldwide, one long-term and one short-term. The short term threat is a supply chain shortage of important minerals necessary for producing EV batteries. Both the war in Ukraine and continued COVID-19 shutdowns in China have caused interruptions in supplying these minerals.

The prices of lithium, cobalt, and nickel are rising, with lithium in particular costing more than seven times its price in May 2021. This means that EV battery prices could shoot up nearly 15%.

According to the Department of Energy, purchasing an EV could make you eligible for up to $7,500 of federal income tax credit. However, the Inflation Reduction Act, passed in July 2022, made some crucial changes to the requirements that an EV and its owner need to meet in order to qualify for that credit. The changes are a bit vague, but we’ll do our best to break them down so that any new or potential EV owners can get an idea of whether or not they are still eligible.

Originally, two main parameters determined an EV owner’s credit amount: their income tax rate and the size of their EV’s battery. The credit applied to the end of the fiscal year. Though the amount of potential credit remains at $7,500, the vehicle purchase must now meet a few additional requirements under the Inflation Reduction Act:

Despite these new requirements, some portions of the new law outline exciting extensions to the tax credit terms and eligibility. For example, a tax credit of $4,000 for used EVs sold for under $25,000 became available. You also have the option to receive your tax credit upon purchase instead of at the end of the fiscal year.

Additionally, commercial fleet EV customers are now eligible for tax credits under the act and have their own separate set of qualifications:

In September, the U.S. Transportation Department approved plans to implement charging stations in all 50 states as well as Washington, D.C., and Puerto Rico. The infrastructure will span 75,000 miles worth of highway. Officials are encouraging the placement of stations at 50 mile increments and within one mile of interstates.

The charging plans highlight President Biden's commitment to increase sales of zero emission vehicles across the country. In the Transportation Department’s official statement, acting Federal Highway Administrator Stephanie Pollack said, “With this green light, States, the District of Columbia and Puerto Rico can ramp up their work to build out EV charging networks that will make driving an EV more convenient and affordable for their residents and will serve as the backbone of our national EV charging network.”

Just last month, Kodiak Robotics unleashed a self-driving semi truck on the streets of Texas. With its autonomous driving system safely stowed under the hood, the truck makes daily deliveries back and forth from Houston to Dallas, covering a span of about 300 miles. Though the truck drives itself, there is still a human driver present behind the wheel to make sure the journey runs smoothly.

The truck is currently being utilized by IKEA as part of their transition towards automated transportation. Thanks to a partnership formed with IKEA, Fluid Truck has the honor of helping it realize sustainability goals. Fluid Truck provides EV delivery fleets in both Los Angeles and New York City.