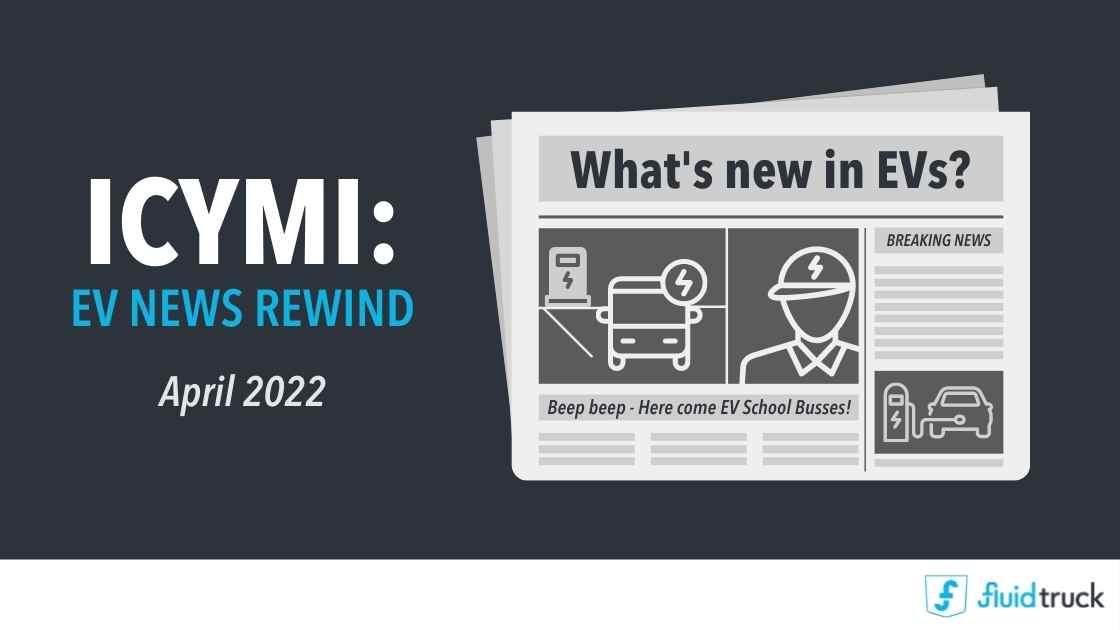 It’s the start of a new month, so why not get refreshed on what’s been happening in the world of tech and EVs? We are here to make it easy. Sit back, relax, and enjoy this month’s EV News Rewind.

Plan to buy an EV with a tax credit? Time is running out for Toyota and Nissan EVs.

The current consumer incentive put together by the federal government allows buyers $7,500 for an EV tax credit. If you want it, you might want to go shopping now.

Here’s how it works – under the guidelines, when automakers sell 200,000 of the qualifying EVs, a phaseout period begins. The 1-year phaseout starts the next quarter.

That phaseout is nearing to a close for Toyota and Nissan because the two companies are inching toward the maximum amount of sales. In a nutshell: if you were hoping to get your hands behind the wheel of the Toyota bZ4x or Nissan Ariya, get test driving sooner than later!

FedEx is getting crafty with LMD! It plans to start testing electric carts to make some delivery runs. Testing begins in 10 U.S. and Canadian cities this year.

FedEx hopes the new carts will help with a major challenge – not enough parking spots. The electric carts are made by General Motors’ BrightDrop.

The lack of parking makes sense when we break down the numbers. Data from Mastercard shows E-commerce sales spiked to more than $86 above pre-pandemic levels in February. The problem is that the number of loading zones and parking lots remained almost the same in many places, especially in NYC and Toronto, which are two spots FedEx has been giving the carts a practice run.

The cart, called the “EP1” is described as “an electrified and connected pallet developed to transport goods and services over short distances.” It’s good for more than just squeezing in a tight spot, GM’s website points to its ability to better track packages from the sorting center to a shopper’s front step. GM said in a pilot run with Toronto’s FedEx, the electric cart was able to deliver 25% more packages each day. Talk about a perk!

Is the jump in gas prices making you think about going electric? You might be limited.
U.S. gas prices have hit record highs, and some are rethinking their gas-powered cars.

Prices on EVs continue to rise and EVs are in short supply right now. This is all happening as the war in Ukraine has sent energy markets around the globe rattling. Data from the CoPilot app shows the surge in demand for EVs made the price of used Teslas jump $1,700 in a week, to $63,000. To add to the hike, CEO Elon Musk said recent inflation is impacting the cost of raw materials like aluminum, nickel and palladium.

Despite a growing interest in EVs, finding one is tough because they make up for just over 4% of U.S. sales.

“There’s a ton of demand in the market, but there just isn’t the supply,” said Pat Ryan, the CoPilot CEO.

As of now, many Tesla models are sold out until 2023. When will the tight supply ease up? Once almost all automakers get on board.

“That competition from the EV market is going to be hugely intense,” said Craig Bickmore, the executive director for new car dealers of Utah. “You watch what happens in the next year and a half — you will have scores to choose from, in the fit, and model, and towing capacity, and range. It’s going to be remarkable,” he told FOX 13 Salt Lake City.

A large order of electric school buses is headed to California.

The Modesto City School district did some number punching and estimates this will save some major cash – about $250,000 annually just in fuel costs. The buses can carry up to 84 on board with a range of up to 120 miles per charge. As for charging up? They need between 3 and 8 hours for a full charge.

On the company’s website it boasts, “because there is no need for engine oil changes, and no transmission or engine to maintain, Blue Bird’s electric buses have a lower cost of maintenance than a traditional, combustion-fueled bus.”