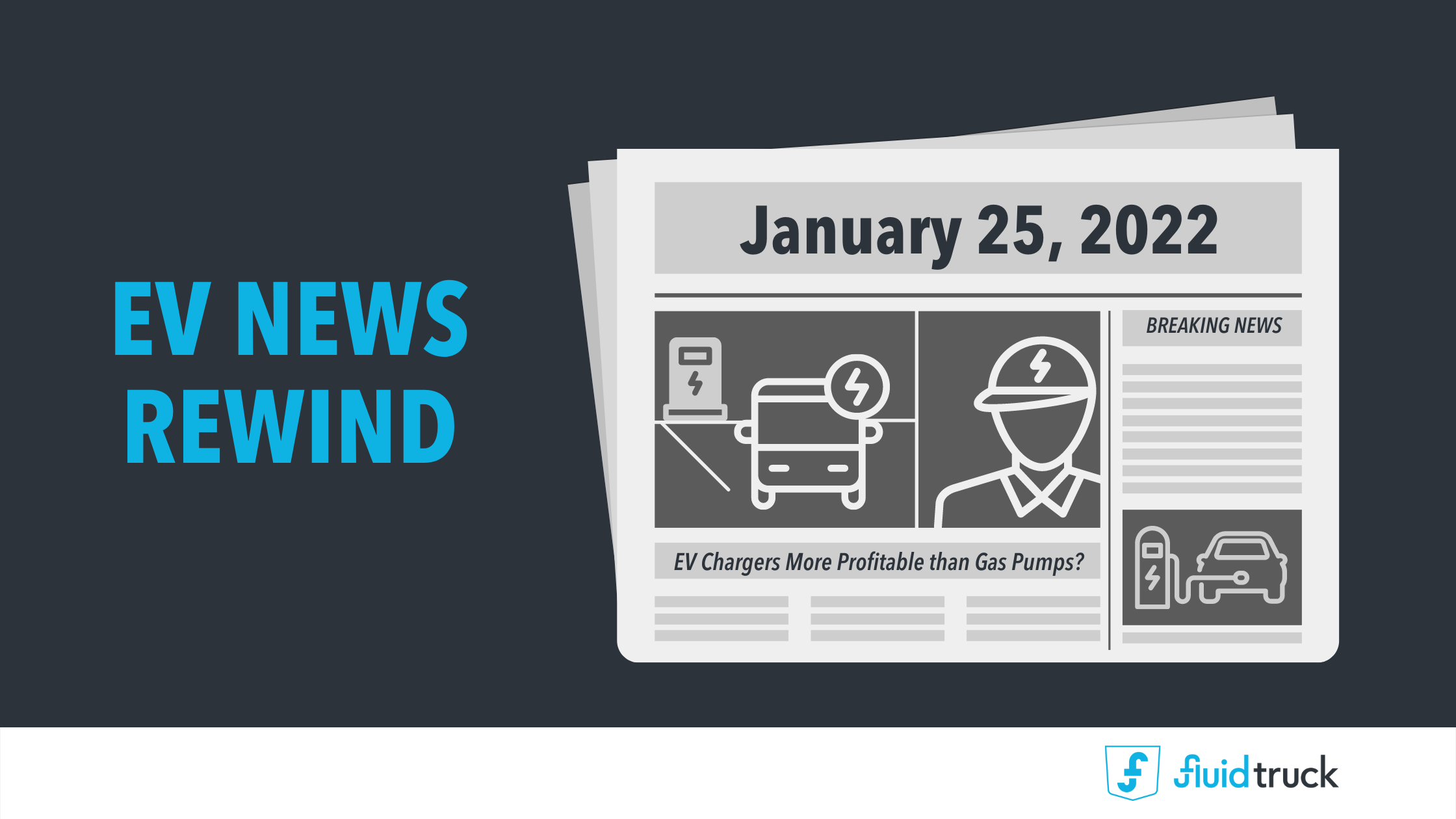 Are EV charging stations more profitable than gas pumps? Oil giant BP says it could be the case soon.

When you think about charging EVs, you don’t think about oil companies profiting. However, change is on the horizon. The proof is in BP’s latest numbers. It shows, on a margin basis, its UK-based “BP Pulse” network of charging stations is inching closer to the levels of profitability the company sees from gas tank fill-ups. It could lead to the division being profitable on its own within the next few years.

“If I think about a tank of fuel versus a fast charge, we are nearing a place where the business fundamentals on the fast charge are better than they are on the fuel,” BP’s head of customers and products Emma Delaney told Reuters.

Want your bread and eggs delivered by an autonomous vehicle? If you live in Houston, it’s almost a reality

Kroger is making moves to automate online grocery shopping. This is part of Kroger’s goal of cost-cutting and improving efficiency. The third-generation autonomous vehicles come from tech firm Nuro, who says the creation will reach millions of retail and restaurant delivery consumers.

This isn’t the first time Kroger has given autonomous vehicles a try. Back in 2018 it gave them a go in Arizona. Now, Houston has turned into the best city for testing operations because of its growing population, surplus of restaurants and shops and a mostly flat landscape. Recently, Nuro broke ground on a $40 million manufacturing and testing site in Nevada. That’s where all the magic will go down and the company will build EVs specifically for LMD uses.

How does camping sound in an EV camper van? Winnebago is making it come to life.

The RV giant just debuted the e-RV at the Florida RV SuperShow. The latest concept is stocked with everything you would want on your travels. A 350-volt battery powers the water heater and air conditioner, and an 110-volt AC keeps the refrigerator cold and powers an induction cooktop. Plus there’s even an integrated control system that makes “residential-grade” wireless internet available.

This isn’t your grandpa’s camper that you stayed in as a kid. It’s got modern appliances and stylish finishing materials. There’s a slide-out induction cooktop, marine-grade refrigerator and a full wet bathroom that has contemporary fixtures. The e-RV has eco-friendly features like cork-rubber floors and woolen wall appliques that provide all the thermal and sound insulation you need. Welcome to camping of the future!

It’s not surprising to us to see a newly released research report finds the last-mile delivery, LMD, industry is set to see a big increase soon. The research shows the LMD market share is expected to increase by $59.81 billion from 2020 and 2025. Additionally, the market’s steady increase is expected to accelerate at a compounded annual growth rate of nearly 16%.

What is pushing the demand? There are several factors, including a significant number of businesses offering free returns and exchanges. Overall, customers are expecting quick and seamless deliveries. Another factor that comes into play is the likely increase in LMD service providers in the industry, making  it more competitive. A handful of cities booming with millennials are likely to generate more demand. We will likely see this in  New York, Los Angeles, Houston, Austin, Seattle, Portland, Salt Lake City and New Orleans.

“The trend for last-mile deliveries increased during recent years because it has become cheaper and more convenient than using couriers such as DHL, UPS, or FedEx,” said Sujith Kumar, a Dubai-based Information Technology academic.

What does this have to do with EVs? It can be expected that like the consumer vehicle market, commercial vehicles will follow the same trend, with more and more automakers releasing new models of totally electric vehicles. This is where Fluid Truck comes in! We already have a fleet of EVs on our platform for use by IKEA’s last mile delivery, and there are sure to be more EVs available soon.