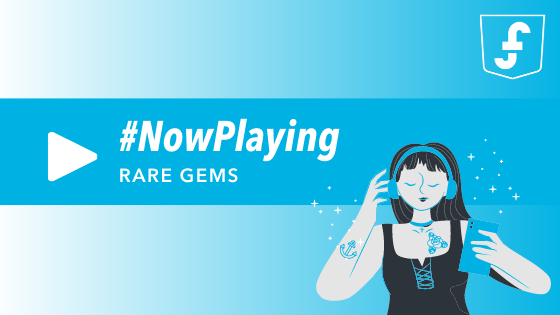 Welcome to the first #NowPlaying playlist of 2022! This month’s is curated by Megan K, associate product manager. Megan is the super hip member of the #NowPlaying Slack channel who’s always going to underground shows and showing us music we haven’t heard of yet. She’s put together a playlist full of artists you probably haven’t heard of either, but you’re sure to love as you’re getting into 2022. If you’re a fan of anything from electronic to folk, keep reading!

This playlist has tracks from artists that I’ve discovered over the past few years and have found to be underrated when comparing the quality of music to the number of listens on Spotify. For the 3 artists I profiled below, you will find a common theme in which the seemingly low-profile artist turns out to have other more well-known work too. Nonetheless, these side projects have a lot of hidden gems and are worth keeping an eye on for new releases. Enjoy!”

I have been a fan of the artist Matty since his album Dejavu in 2018, but recently found a renewed love for his music after the release of Danica in 2021.The song “Mickey Mouse” off of Danica became my top song of 2021 on Spotify. Seeing that his solo music only brings in about 2k monthly listeners, one may be surprised to learn that he is also the founder of BADBADNOTGOOD, and has helped write songs for artists like Post Malone, Rosalía, Camilla Cabello, Kendrick Lamar, Kali Uchis and Taylor Swift. While his sound on Dejavu and Danica is unlike any of the aforementioned artists, it is apparent when listening to his work that he has a broad musical skillset.

When I first discovered ⣎⡇ꉺლ༽இ•̛)ྀ◞ ༎ຶ ༽ৣৢ؞ৢ؞ؖ ꉺლ, I was captivated by their unique sound and name as its nonsensical, ethereal quality seemed like something out of the MeowWolf universe. I only recently discovered that this is the hidden alias of the English electronic artist Kieren Hebdan, a.k.a. Four Tet, who is another favorite of mine and much more well known with almost 2 million monthly listeners.

Occasionally, I find an artist who has a sound that seems straight out of an older era and I am surprised to learn that they are modern. American Singer-songwriter Steve Gunn is a perfect example of this. I was first captivated by his song “New Moon” which had such a classic, catchy sound that I had a hard time believing it was released in 2019. Turns out Gunn was formerly a guitarist in Kurt Vile's backing band, The Violator.

At Fluid Truck, we don’t just talk about rental trucks all day. We’re a fun and diverse bunch with lots of hobbies. In fact, we have a whole Slack channel dedicated to music -- the #NowPlaying channel -- where Fluid Truckers talk about the tunes powering them through long days of coding, product development, and QA. The #NowPlaying blog and our Spotify channel is where you can listen to what we’re listening to!

Want to hear the rest of our playlists from 2021? Click here to check them out!

Are you a music nerd? Want to work for a company with other groovy folks? You’re in luck -- we’re hiring! Click here to see our open positions.