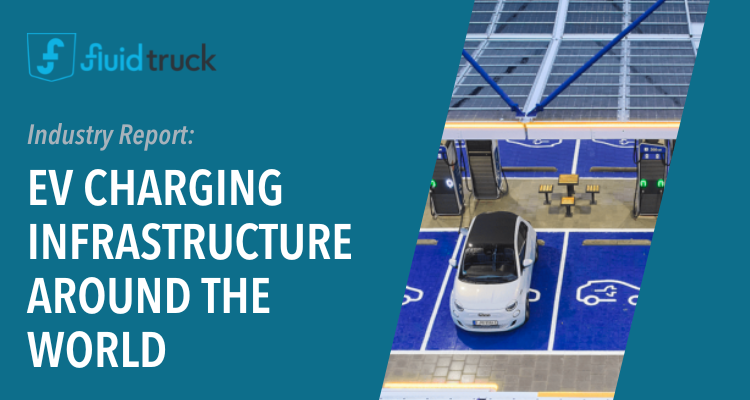 EV charging infrastructure around the world

Where does the U.S. stand, and who are the top players?

Worldwide, electric vehicle chargers open for public use hit 1.8 million in 2021. In the same year, half a million new charging points were installed. One of the complaints surrounding EV adoption is that there isn’t enough charging infrastructure available for the amount of vehicles on the road. So, what is the state of the world now, and what does the future hold?

According to the U.S. Department of Transportation, there are about 12,500 privately owned Level 2 and direct current fast charging stations across the country. About 14% are only allowed to be used by site tenants, employees, visitors and fleet drivers. How does this play into the amount of chargers that are privately owned? The Department of Transportation says out of the more than 53,000 privately, publicly and city-owned charging stations, a tiny 2.5 percent of them are only private access.

It’s no surprise countries are racing to install new charging stations considering the massive growth of the EV market.

But there are growing pains involved.

Who has the most comprehensive charging infrastructure?

China has the world’s largest EV charging network, according to Bloomberg, with a staggering 1 million charge points as of Fall 2021. However, this doesn’t mean it’s necessarily more convenient to get a charge-up. Because EV adoption has gained traction so quickly in the country, EV sales have surpassed the growth of EV charging stations, creating an imbalance for drivers.

More than a decade ago, China implemented a government-led focus on new energy vehicles, which includes BEVS and PHEVS. That came with pricing incentives and subsidies for automakers. The EV market was initially slow to grow. From 2009 to 2012, only 0.01 percent of new vehicle sales in the country were electric. In 2014, the country made another push for EV adoption, upping incentives.

An impressive growth of EV sales finally hit in the mid-2010s, where annual sales jumped into the hundreds of thousands. So, is the EV charging infrastructure in China going to see the same jump? That’s the goal.

Currently, fast charging is being prioritized and is rolling out at a quicker pace than slow charging. In 2020, the country installed 284,000 public charging stations, which is more than the entire U.S. public EV charging network.

What about other countries’ EV charging infrastructure?

In 2021, the number of publicly available EV chargers by major country went as follows:

Norway, the country that has dubbed itself as “The EV capital of the world,” deserves special attention. In 2020, 54% of new cars sold in the country were fully electric. Norway doesn’t include plug-in hybrids in its number count, and said if it did the number  would sit at 74%. Reuters breaks it down this way: with a population of 5.4 million people, Norway has the highest proportion of EVs per capita. China, however, has the world’s largest overall car market with the country’s population of 1.4 billion people.

Norway has an abundance of EV charging ports – almost 17,000 – which includes 3,300 rapid chargers across the country. Norway is also home to an EV charging station known as a “supercharger” station. This station can charge up to 44 EVs at a time, which made it the largest in the world at the time of its opening.

How do United States cities rank for EV charging infrastructure?

The New York Times reports San Jose has the most publicly accessible charging docks per capita in the U.S. A San Jose city website points to more than 1,600 public charging stations that drivers can find using an online search network.

The city owns and operates 50 of the charging stations, those ones being mostly in downtown parking garages (which poses a problem for commercial vehicles, but is convenient for personal EVs). Residents of San Jose can also get special electricity rates while charging during non-peak hours, like overnight.

San Francisco comes in second with around 700 chargers. This month, the city unanimously passed an ordinance to expedite the expansion of public EV charging docks. Even though the city comes in at number two on the list, it has a lot of work to do to meet its growing demand for chargers.

According to a study from the International Council on Clean Transportation in 2019, San Francisco needed six times more charging stations than it had. Also troublesome, the Institute for Energy Research reports only about three-quarters of the available fast chargers in the city are in working order. The problems range from broken screens to software issues to payment issues.

Seattle also has around 700 public charging ports. According to ChargeHub, the downtown area has a solid amount of level 2 and 3 charging stations all within about a 10 mile radius.

Last month, The Seattle Times reported there was still time for city residents to request a curbside EV charger in their neighborhood. The city-run program was announced earlier this year. The promise is to install Level 2 chargers on up to 30 sites, with one or two chargers at each location.

This past April, the Los Angeles City Council voted in favor of an EV master plan which includes a major ramp up on charging infrastructure. The city estimates it will need close to 100,000 charging stations by 2030.

Major work is also being done to improve the airport’s EV chargers. At LAX, a revamp is almost complete that will make it one of the country’s largest charging ports, stocked with 1,300 chargers in addition to the more than 800 it already has.

According to ChargeHub, there are 500 level two and three public charging ports in the District. It reports about half of the ports offer free charging and 96% of them are level two chargers.

This month, NBC4 in Washington D.C. reported on “charging anxiety” within the district for EV drivers. In the piece, one driver talks about constantly running into charging stations that are broken, or that say “currently unavailable.”

The District Department of Transportation’s goal is to find solutions to meet the increased EV charging needs. The district has created an EV Charging Station Program that allows vendors to install EV chargers at curbside locations. While right now the curbside spots include residential and business areas, the permit isn’t yet available to individual applications. The district’s website said residents who want to install a charger on their block need to work with neighbors and their Advisory Neighborhood commission.

Some cities and countries are making an impressive dent in EV charging infrastructure, but there’s still a lot of work to do.

The challenge is producing more EV charging points while EV ownership grows at a faster rate. A July 2022 study from Bloomberg reports 5% of vehicle sales in the U.S. are EVs. Bloomberg predicts that by the end of 2025, a quarter of new car sales could be fully electric.

Another bump in the road will be for cities to find a way to address broken chargers at a faster pace. Bloomberg also found one out of every five EV drivers who stopped to charge up left without doing so, 72% reporting the charging point was being finicky or not working all together.

A GM spokesperson told CNBC the solution is an “all hands on deck approach.” He went on to explain, “public funding is especially important for highway corridor charging given the challenging business case as the EV market continues to grow.”