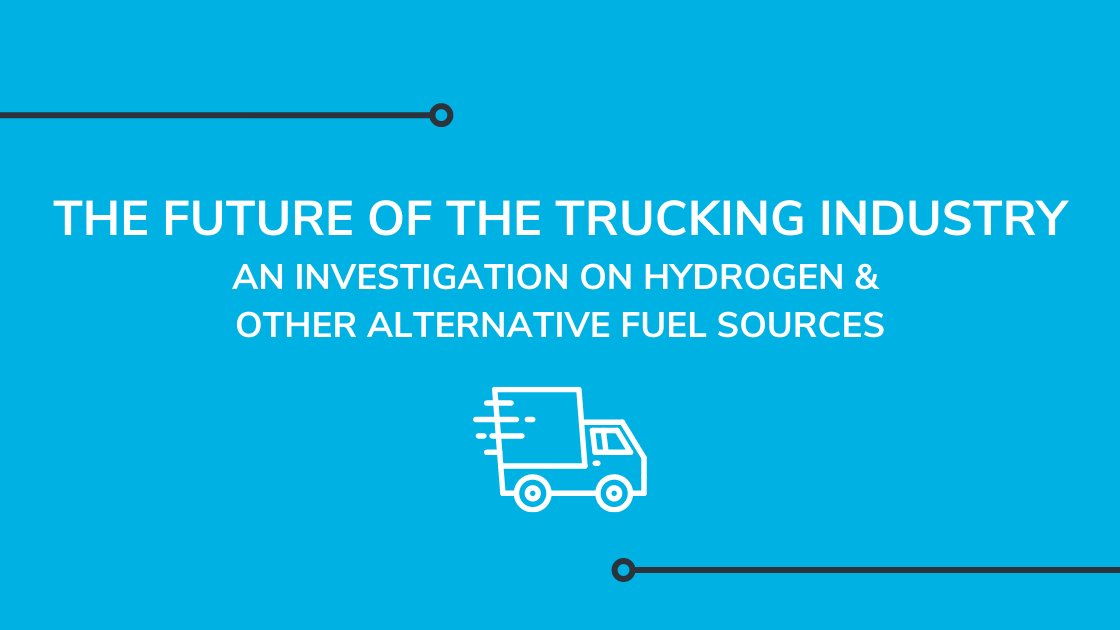 The Future of the Trucking Industry

The trucking industry is essential to keeping the country's wheels of commerce spinning. Right now, 70 percent of the products we consume are shipped using trucks, and the industry provides small businesses with accessible solutions to keep their businesses growing.

Despite freight transportation's contributions to the commerce of the country, trucking is not without a downside. The transportation sector produces toxic emissions—compounds that are known or suspected to cause cancer or other serious health conditions, and have a severe impact on the environment. According to some studies, researchers found that commercial vehicles operated by diesel cause $58 billion in air pollution each year. According to epa.gov, the industry causes over 50 percent of total nitrogen oxide (NOx) emissions, over 30 percent of volatile organic compound (VOC) emissions, and over 20 percent of particulate matter (PM) emissions in the US.

The emission of major greenhouse gasses such as carbon monoxide (CO), carbon dioxide (CO2), and hydrocarbons into the atmosphere negatively affects ozone formation. Depletion of the ozone hinders its ability to reduce the amount of harmful UV radiation reaching the Earth's surface. If nothing is done by 2025, there will be a 23.5 percent increase in pollution contribution and up to a 45 percent increase by 2040. With light duty and heavy duty vehicles together  contributing  82% to the pollution businesses recognize the importance of transforming the industry to involve a more eco-friendly process.

Currently, Amazon has already ordered 100,000 new electric commercial trucks from Rivian . Big companies are not the only ones showing progress; some smaller fleet businesses have already made the transition from smaller commercial vehicles to zero-emission electric vehicles, helping businesses to function in a more environmentally-friendly way. As an example, Fluid Truck has partnered with IKEA New York, providing them with 40 electric vehicles and helping them reach their 100 percent zero-emission home delivery goal by 2025.

To ensure companies achieve their zero-emission transportation goals, many vehicle production giants have been making moves towards this idea. BYD, Ford, and Nikola Motors have been taking steps to set themselves up for the future of trucking. As mentioned above, Rivian is currently working on completing 100,000 electric vehicle orders from Amazon. Meanwhile, Tesla has been testing and working on heavy-duty large electric vehicles over the past few years. This has sparked the interest of big shipping companies like FedEx, PepsiCo, and UPS. The goal of Northeast States for Coordinated Air Use Management (NESCAUM) is for electric commercial vehicles to account for 30 percent of sales by 2030. Europe has set a similar goal of 25 percent of new truck sales being electric battery vehicles and 10 percent being hydrogen fuel cell vehicles.

Although the main focus has been the production of electric battery vehicles, some people see the future of trucking in hydrogen fuel cells. One of the reasons behind this is fuel cell electric vehicles having higher energy density by weight. This makes them lighter compared to their battery-powered counterparts and eliminates the reduced cargo space battery vehicles face.

Hydrogen cells are also more cost-effective. Adding hydrogen tanks is usually cheaper than adding batteries. Studies also show that hydrogen cell electric vehicles allow for more productivity since refueling them takes minutes, whereas battery-powered trucks can take hours. They also tend to travel farther compared to battery electric vehicles.Big car production companies like Honda, Hyundai, and Toyota have recognised the research that shows the benefits of hydrogen technology, and are now advocating for and producing hydrogen cell vehicles All these companies work on daily driving vehicles and hydrogen cell-powered commercial vehicles. These companies believe more production will lower the cost of fuel cells.

CNBC reports that Hyundai, a big believer in hydrogen fuel cells, is planning to make a hydrogen fuel cell version of all Hyundai commercial vehicles. The South Korean automotive giant is also planning on making the price of hydrogen cell-powered vehicles comparable to battery electric vehicles. Just like Toyota, Hyundai believes the cost of hydrogen cell-powered vehicles will drop by as much as 50 percent as the next-generation system comes with more kilowatts.

Similar to the challenges that battery electric vehicles faced before, hydrogen cell electric vehicles face infrastructure problems. There is not enough infrastructure for cell vehicles to properly function. Some companies can't launch their vehicles in certain markets while other companies struggle to get enough investment capital. Also, studies show that unlike batteries, turning hydrogen cells into electricity is not efficient and more than 50 percent gets lost during the process. However, there are still a lot of powerful automotive companies investing in this industry, which makes us believe we will be seeing more hydrogen cell electric trucks on the road.

There is no doubt things in the trucking industry are changing for the better. President Joe Biden's pledge of building 500,000 battery stations over the next decade and California's plan to eliminate diesel car sales by 2035 are proof that the U.S. is taking initiative in the transition away from fossil fuel-powered vehicles. This is an initiative that is forming on a global scale, as countries like Norway plan on banning the sale and production of diesel vehicles in as little as 4 years.

Companies continue to invest in newer, eco-friendly commercial vehicles and the predicted growth of the electric commercial vehicle market is trending in the right direction. By transitioning to cleaner energy, the trucking industry can continue to play its pivotal role in the commerce of the country while at the same time keeping the environment clean and safe for generations to come.