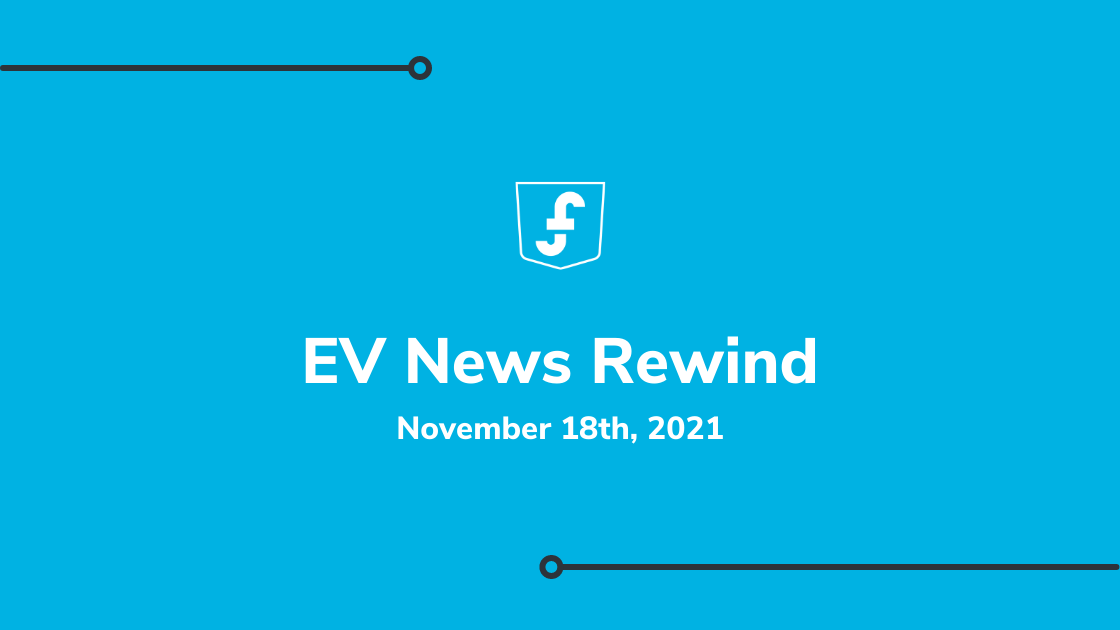 EV Pickups Are Set to Hit the Streets, Rivian’s Highly-Anticipated IPO Just Happened, We Attended the Fleet Forward Conference in California, and More Automakers Continue to Commit to Decreasing Emissions

We’re back with another EV News Rewind - breaking down the important stuff that’s happened so you don’t have to! Let’s get into it.

The Ford Electric F-150 is set to hit dealerships next Spring, and there are already 160,000 names on the waitlist. What’s interesting is that the majority of the reservations belong to first time EV buyers, and 50% of those surveyed are first-time Ford buyers in general. The F-150 is America’s best-selling vehicle already, so adding the electric version to Ford’s product offerings just adds that much more appeal to the classic work truck.

It’s an exciting time for truck people - Rivian’s electric R1T truck is getting a lot of press, and it’s set to hit lots in January 2022. Additionally, Chevorlet’s electric Silverado is going to be on display at this year’s CES conference. The competition is going to be stiff! We’re excited to see these larger vehicles get electrified.

Every year, leaders in the vehicle technology industry gather for the Fleet Forward conference to discuss electrification, infrastructure, next generation telematics, and more. We were lucky to attend as well, and Fluid Truck’s CEO Jimmy spoke on a panel about keyless technology. Check out the video below to see what we presented:

The conference focus was heavy on electrification and autonomous vehicles, so very future forward focus (hence the name). It was a pleasure for us to attend and see what other automakers and tech companies are up to these days!

Rivian Valuation Above GM, Ford in Biggest IPO of 2021

This news was huge in the EV community - Rivian just closed the largest IPO of 2021, at $106.75 per share for a total valuation of $90 billion! It’s also interesting to note that Amazon holds 20% stake, and Ford holds a 12% stake. At the time of writing, RIVN is up to $128 / share. How far will the stock go? Can we look at Tesla as an indication of where Rivian will go as a company? Who’s to say - some are calling Rivian “the biggest company with no revenue yet.” I guess we’ll just have to wait for their vehicles to hit the streets and see how they perform! According to Rivian’s CEO Robert J. Scaringe, “In not too much time, 100% of the business will be electric.” This brings us to our next story….

GM and Ford have joined nine other automakers in committing to being completely electric by 2040. Similar commitments from automakers have been quite popular over the past year or two, and at this point it’s difficult to think of any vehicle companies that haven’t made some kind of public declaration of intent to electrify their vehicle offerings. In addition to automakers like Mercedes Benz, 30 countries also signed the pledge.

"We are proud to now stand alongside other companies, governments and civil society organizations to support the Declaration to commit to working towards a transition to 100% zero emission vehicles by 2035," said GM spokesperson Jeannine Ginivan.

It goes without saying that we’re excited about corporations and entire nations are making public commitments to embracing EVs. Now, let’s look forward to seeing more on the road!