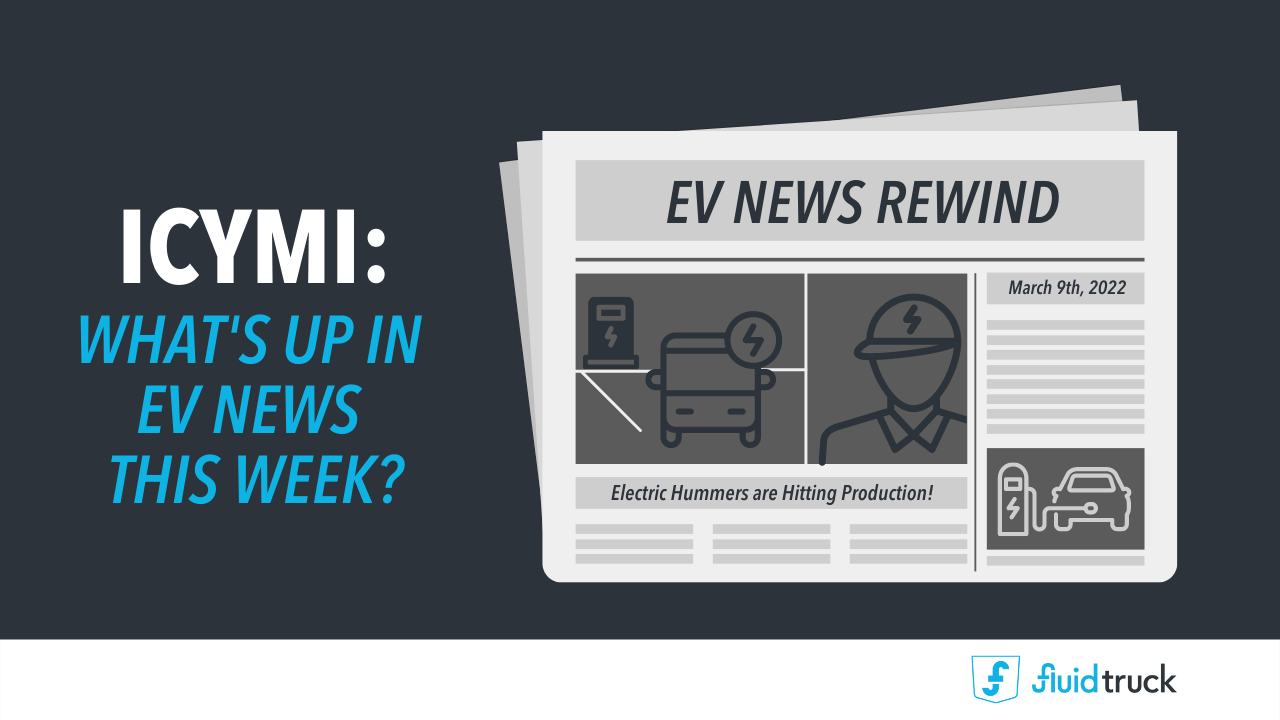 Walmart is automating last-mile delivery, GM is accelerating the production of some EVs, and Lucid misses a production goal

It’s time to get caught up on another EV News Rewind – we are keeping tabs on everything for you. Grab your coffee and enjoy a rundown on everything happening in the EV, tech, and logistics world.

On the company’s blog last month, Walmart said the new effort was launched after it “watched in real time as people foundationally changed their shopping habits, spurred not just by a global pandemic, but by the expectation for availability to also mean convenience.” This move follows our predictions for the logistics trends of 2022.

The big box store said in the fourth quarter of 2021, it had six times the number of customers placing delivery orders compared to pre-pandemic. Now, Walmart is stepping up its game by using its own artificial intelligence. Yep, you heard that right.

The company has produced its own platform that powers its LMD efforts. The post said, “we are redefining last-mile delivery by leveraging our stores as fulfillment centers and utilizing cutting-edge tech to take the guesswork out of deliveries, to reduce emissions, to make our supply chain network more efficient and to ultimately serve our customers in totally new ways.”

Think of it this way: each store will be a store and a fulfillment center that has its own, separate supply of goods.

Srini Venkatesan, executive VP for Walmart Global Tech, said the platform will allow for different points of delivery to essentially communicate to one other, which will help the company plan the replenishment of goods in a shorter amount of time.

Walmart said in 2022 it plans to boost store pickup and delivery capacity by another 35%. With much of the focus on delivery, the chain is scaling its “Walmart InHome” delivery service, which was originally started in 2019. It’s hiring 3,000 employees to run the entirely electric fleet of vehicles for deliveries. That’s a big investment into electric vehicles, and we’re here for it.

Full speed ahead: Twelve years after its retirement, GM is bringing the hummer back to life. More of them are hitting production than originally anticipated

You surely remember this gas-guzzling SUV, and you’ll still recognize it from the outside.

The Hummer is getting resurrected and electrified with a battery that weighs more than most cars, a 350-mile range, and the capability of doing “tank turns.” GM says it’s already received nearly 59,000 reservations for the electric off-roader revival truck. The truck will compete with trucks from Tesla, Rivian and Ford’s electric F-150, which it is increasing production on this year. The Hummer revival has a range of around 350 miles on a single charge.

Late last month Reuters reported GM plans to up production on the EV truck alongside the Cadillac sport utility vehicles by more than six times that was originally planned. The new plans that were shared with suppliers point closer to 46,000 vehicles being produced, instead of the original 7,000. Test data shows it weighs more than 9 thousand pounds, and 2,923 of those pounds are made up of the battery pack.

“It probably will still be a big beefy vehicle, but it won’t necessarily have the negative imagery of being particularly wasteful or really useless,” Edmunds’ executive director of insights told The Verge.

All edition 1 models have white on the bottom and black from the beltline up. If you were hoping for a splash of color, you’ll have to hold out until 2023. The truck will be produced out of Detroit at a plant that’s been renamed Factory Zero, that will only build EVs.

Like many in the automotive industry, the luxury EV maker announced it is slashing its production forecast for the year by as much as 40 percent. The original production target was 20,000 EVs. Now, it sits at between 12,000 and 14,000.

“This reflects the extraordinary supply chain and logistics challenges we’ve encountered and our unrelenting focus on delivering the highest-quality products,” Lucid CEO Peter Rawlinson said in a statement to CNBC.

He said the supply chain issues are not part of the global chip shortage but because of glass and carpet delays from about 250 suppliers.

To add to the hard times for Lucid, it also fell short on its delivery goals for 2021. The plan was to ship more than 500 Air sedans in the final quarter, but only got 125 out the door.

As far as the company’s assembly plant expansion in Casa Grande, Arizona – it’s still on track. The company said a second factory is on the way and that they’ve just leased land in Saudi Arabia for it.