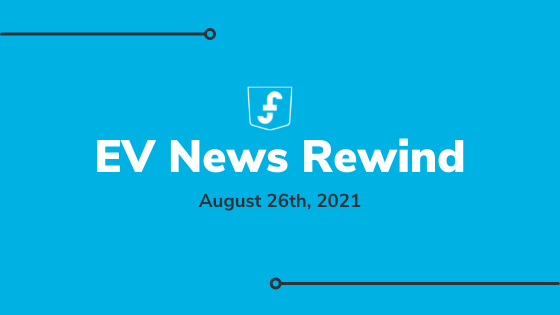 But Mooooom, All the Cool Cars are Going Electric

Ford’s Mustang Mach-E is going to have some sports car competition soon - Dodge has announced that they will release an electric muscle car in 2024. Check out last month's exciting teaser.

The American automaker hasn’t disclosed their full plans for EVs in the future yet, but they’re expected to reveal the direction later on this year.

This announcement forces us to ask: how big is the center of the Venn diagram of “people who want to drive an EV” and “people who drive muscle cars?” At this current moment, we may be inclined to think that intersection might not be very large. But if Dodge plays its cards right, perhaps by the time their EV Muscle Car is released, there will be a greater adoption of EVs amongst Muscle Car Guys.

Speaking of Cool Cars… Did Someone Say Electric Bronco?

This one is for all the Twitter sleuths out there… Ford’s Communications Director lightly teased about an electric Bronco on Twitter this week, simply tweeting a thoughtful emoji after notable EV Enthusiast Ben Sullins tweeted about it.

This comes after Ford CEO Jim Farley sent a similarly suggestive reply to a fan back in May:

A new version of the sporty SUV just got back on the market earlier this year for the first time since 1996.

Bad news for GM and the Chevy Bolt - they’re now issuing safety recalls for all 73,018 vehicles from the past 3 years due to issues with the battery that may cause fires. This has been a bit of an ongoing issue, with nine fires from 2017- 2019 vehicles documented recently.

Chevy has been working with their battery makers at LG to figure out what’s gone wrong, and it turned out to be a defect in the battery manufacturing process. (Remember the explosive Samsung Galaxy Note 7? Similar concept, bigger battery.)

They’re working to rectify these defects quickly, as GM is sticking by their public commitment to go all electric by 2035. After all nobody said that the road to electrification would be a paved one. We admire the dedication and look forward to seeing bolts back on the road soon.
‍

If you’re an owner of the Chevy Bolt, GM will replace the battery for you when it’s ready. In the meantime, you can learn more at their website about how the process will work and what you should do in the meantime.