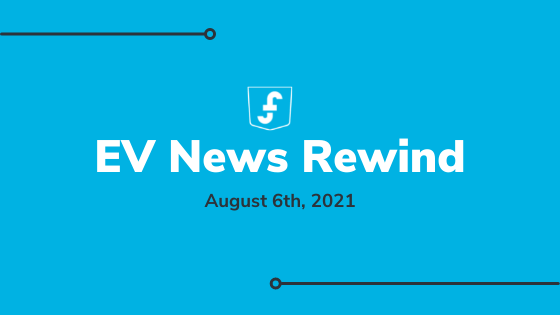 Despite global supply shortage, the EV industry keeps its momentum as more major OEM’s are announcing their entry into the zero-emissions stage with new BEV offerings added to their vehicle selection. However it’s not all smooth sailing as early industry leaders continue to announce delays.

Mercedes Is Going All-Electric by 2030

Recently Mercedes unveiled plans to release battery-electric vehicles (BEV) in all segments by 2022, with aims of achieving a 100% electric portfolio by 2025. Of course, this lofty goal does come with the expected disclaimer that this could be delayed depending on supply chain shortages.

This move is expected to create over 3,000 new jobs and see sizable investment into research and development driving the initiative.

Those who have been counting down the days until Tesla’s much anticipated release of their Heavy-Duty vehicle offering are going to have to hold on a bit longer as the EV industry’s frontrunner continues to see further setbacks to production of their long awaited Semi.

Thankfully, there is good news for fans of their Model Y vehicles, as production delays have resulted in a shift of focus to their Berlin and Austin factories' consumer model production.

GM is Getting Into Commercial EVs

This week General Motors confirmed the addition of two new commercial trucks to their line up: a full-sized BEV Chevy cargo van, and an undefined medium-duty BEV service and utility vehicle (i.e. school bus or shuttle).

Unfortunately this announcement was not received as anticipated, with supply shortages looming, the market appears skeptical of the promise of new BEVs and GM saw an unexpected dip in its shares following the news drop. Hopefully this won’t discourage GM and other industry giants from taking the plunge into BEV production, as the market eagerly awaits market diversification.

In a recent webinar release by the Environmental Defense Fund, industry experts addressed an issue at the forefront in the minds of government officials and fleet operators alike– transportation emissions. The leading reason for the push to electric vehicles, the carbon footprint of commercial transportation is one of the largest, making it a key focus for EV adoption. However with limited supply and high cost barriers, many businesses are struggling to make the transition.

Fortunately there's a solution to remove such barriers, and it’s an idea that’s so simple we teach it to pre-K children– sharing. In their recent video stream to NYC area businesses and officials, speakers from Capalino, IKEA, EDF, and Fluid Truck outlined the viability of vehicle sharing as a more immediate solution to mass adoption. If you’re interested in learning more, check out the recorded webinar here.

More of a skimmer than a reader? Check out our quick video recap instead.